You are Here: Home > Technology > Mobiles > LG Nexus 5X : The All Around Champ Is Back

LG Nexus 5X : The All Around Champ Is Back Google has finally announced the launch date of its two flagship Nexus devices. Nexus 5X and Nexus 6P arriving in India on October 13. Many of us eagerly waiting to grab this all-around champ in our hands and amazed with the most dazzling design and features of this champ, crafted with perfection.

As Google earlier launched Nexus 5 back in 2012, which created ripple in social world and a tech world. Sophisticated design and packed with great hardware and features, makes Nexus 5 a great android smartphone.

Moving forward, carries the brilliant legacy of the Nexus family forward. Nexus 5X is a light weight and most advanced feature packed device. With Nexus 5X you get a whole new world of possibilities anywhere, anytime. Nexus 5X camera gives better and awesome photos in any light, with its 1.55μm-sized pixels. Powered by 2,700 mAh Battery, which companies you with all your daily activity. USB Type-C charge up to 3.8 hours of use from only 10 minutes of charging.

So let’s dive more deeper and check out the three most amazing features, that i love in this all-around champ Nexus 5X:

We all love to take a lots of pictures via our mobile phone. Everyone best in class camera quality because, its a only best and quick way to capture life’s most precious moments, which you cherish later by viewing them on your device and share with your friends or family.

As for blogger we sometimes have to carry big bulky camera’s to take a best shots. LG Nexus 5X its great low light performance, It renders best image quality in low light conditions and makes your photos look more realistic.

12.3 MP rear camera and a 1.55 µm pixels with f/2.0 aperture infused with IR laser-assisted autofocus, broad-spectrum CRI-90 dual flash. which help in capturing more light even in the dimmest conditions to produce stunning images with sharper details in every shots.

Nexus 5X also a best companion for selfie lover. If you take a lot of picture from front camera then Nexus 5X is the right choice because of its 5 MP camera and a 1.4 µm pixels with f/2.0 aperture, so you will see more vibrant and sharper picture in every click.

Now Nexus 5X go beyond High Definition video recording. now you have Ultra HD video recorder in your palm, which let’s you record videos at 4K resolution for a crisp, high-definition look.

Do check out some sample photos taken with Nexus 5X below, click on image for full view: Privacy is the first most thing we consider in our device, to secure your personal files and data from un-authorize use. To secure our data we use app or folder locker, but then also some apps our not trustworthy and may access your data.

It’s truly amazing to see that Nexus 5X is much quicker and more secure with a fingerprint sensor known as Nexus Imprint. Placed on the back of device. Nexus Imprint complies with most advanced technology which help you to lock or unlock your phone with just a pinch of your finger.

Nexus Imprint ease the process of payment, just touch on the fingerprint sensor, sign-in and checkout on Android Pay, the Play Store and even in apps. Nexus Imprint Rocks!

Nexus 5X comes with new The USB Type-C charger, which is reversible, this mean you don’t have to mess up thinking which way is up. Now this somewhat useful for quick plug-in. This is most useful and must have feature, that makes Nexus 5X is great companion for in your urgent and most important activities of you daily life.

Smartphone always have one issue, battery drain and hardly cope up for a day, but if you have important meetings, and your phone battery power is on critical stage. You don’t have much time to charge your mobile, need a quick solution. Now what’s your options?

Answer is ‘USB Type-C’ charger, only ten minutes of charging get you almost four hours of use. Isn’t that great? Now this makes a Nexus 5X a true companion when you need power lightning fast. 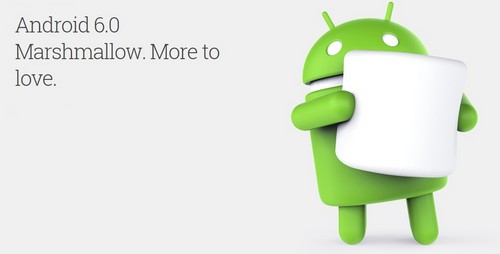 Most amazing thing to owned a Nexus device is that you will always have the latest and faster Android version straight from the Google, so you don’t have to wait.

I am participating in the #ChampIsBack activity at BlogAdda.