Technology is growing very fast and there is no limitation of creativity. The more you explore the more you get. Nowday’s many gadgets are coming to enhance our lifestyle with their useful features. many companies working day and night to build better gadgets from their previous models. Like we have seen Samsung Galaxy S5 from Samsung, LG G3 from LG, Blackberry Z3 from Blackberry and more etc.

So in this line up there are many gadgets coming this fall to make us amaze with their great features and performance. So we have listed out some of the tech gadgets people love to droll over it and can’t wait to check it out when they are launched. Till then please have patience and check some cool gadgets listed below : 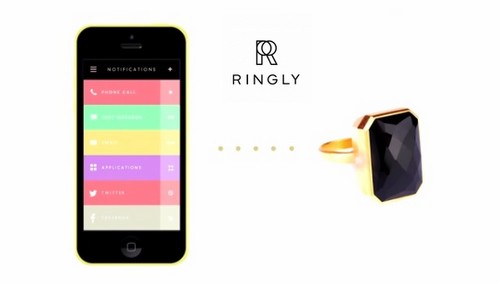 Ringly’s Fall ring collection is crafted with 18K matte gold 3 micron plating using precious and semi-precious stones. With technology so discreet, you’ll forget it does anything other than accessorize your favorite looks. Ringly creates jewelry and accessories that connect to your phone and notify you about the things that matter most. Put your phone away and enjoy the moment. In a digital age, technology skills are some of the most important a child can learn. Kids learn best when they are empowered and engaged. Printeer made 3D printing, one of the world’s most exciting new technologies, accessible and fun for kids of all ages. Now playtime and learning time can be one and the same, and 3D printing can finally be in the hands of the world’s most creative people. You can order it on Kickstarter.

The Toughpad® FZ-X1 is the world’s most rugged 5-inch tablet and a whole lot more. For the first time, you can pair military-grade toughness and enterprise-class mobile computing power with Android®-powered 4G data and voice services. Now field staff in the most demanding environments can have all the computing power they need in a handheld tablet small enough to drop in a pocket. Built on the flexible, secure Android 4.2.2 OS, the FZ-X1 lets businesses leverage their existing investments in enterprise applications without sacrificing performance and ruggedness. And it is seriously rugged. Thirty minutes underwater rugged. Ten foot drops onto solid concrete rugged. Built-in heater for -4° F weather rugged. Whether you throw it in a toolbox or literally take it into battle, the FZ-X1 can handle whatever comes its way. Motorola has developed a smartwatch which compatible with android phones and its powered by android wear. All specification and design what makes it great fashion wear with technology. You can able to check call, message, and more with a help of google voice command as we know OK Google. Moto 360 coming in summer 2014. iPhone 6 is one of the most highly-anticipated smartphone launches of the year, but did you know that it’s likely Apple is going to release two new iPhones this autumn on September 19 but now latest news updates that iPhone delayed: 5.5inch screen handset will not go on sale until 2015. So let’s watch what apple have for us in their new flagship device launch.